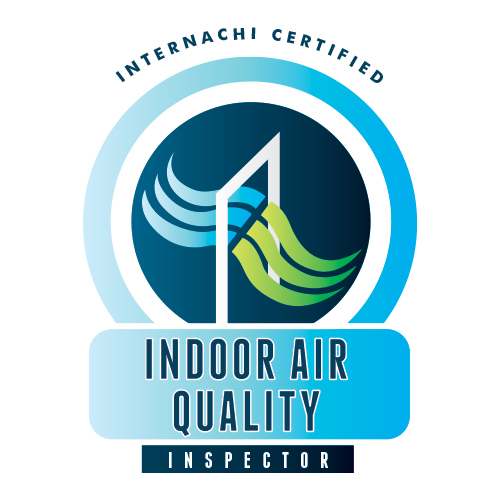 Taking air samples during a mould inspection is important for several reasons. Mold spores are not visible to the naked eye, and the types of mold present can often be determine air sampled through laboratory analysis of the air samples. Having samples analyzed can also help provide evidence of the scope and severity of a mold problem, as well as aid in assessing human exposure to mould spores. After remediation, new samples are typically taken to help ensure that all mold has been successfully removed.

I receive many questions a week about mould and what to do if you suspect mould or mildew growing in your home. Here is a summary of a great article on mould sampling written by Nick Gromicko and Ethan Ward at InterNACHI

Can Mould Be Determined With The Naked Eye?

Taking air samples during a mould inspection is important for several reasons. Mould spores are not visible to the naked eye, and the types of mould present can often be determine air sampled through laboratory analysis of the air samples. Having samples analyzed can also help provide evidence of the scope and severity of a mould problem, as well as aid in assessing human exposure to mould spores. After remediation, new samples are typically taken to help ensure that all mould has been successfully removed.

Air samples can be used to gather data about mould spores present in the interior of a house. These samples are taken by using a pump that forces air through a collection device which catches mould spores. The sample is then sent off to a laboratory to be analyzed. InterNACHI inspectors who perform mould inspections often utilize air sampling to collect data, which has become commonplace.

There are several types of devices used to collect air samples that can be analyzed for mould. Some common examples include:

Impaction samplers that use a calibrated air pump to impact spores onto a prepared microscope slide;
cassette samplers, which may be of the disposable or one-time-use type, and also employ forced air to impact spores onto a collection media; and
airborne-particle collectors that trap spores directly on a culture dish. These may be utilized to identify the species of mould that has been found.
When and When Not to Sample

Samples are generally best taken if visual, non-invasive examination reveals apparent mould growth or conditions that could lead to growth, such as moisture intrusion or water damage. Musty odors can also be a sign of mould growth. If no sign of mould or potential for mould is apparent, one or two indoor air samples can still be taken, at the discretion of the inspector and client, in the most lived-in room of the house and at the HVAC unit.

Outdoor air samples are also typically taken as a control for comparison to indoor samples. Two samples — one from the windward side and one from the leeward side of the house — will help provide a more complete picture of what is in the air that may be entering the house through windows and doors at times when they are open. It is best to take the outdoor samples as close together in time as possible to the indoor samples that they will be compared with.

InterNACHI inspectors should avoid taking samples if a resident of the house is under a physician’s care for mould exposure, if there is litigation in progress related to mould on the premises, or if the inspector’s health or safety could be compromised in obtaining the sample. Residential home inspectors also should not take samples in a commercial or public building.

Where to Sample and Ideal Conditions

In any areas of a house suspected or confirmed to have mould growth, air samples can be taken to help verify and gather more information. Moisture intrusion, water damage, musty odors, apparent mould growth, or conditions conducive to mould growth are all common reasons to gather an air sample. Samples should be taken near the center of the room, with the collection device positioned 3 to 6 feet off the ground.

Ten minutes is an adequate amount of time for the air pump to run while taking samples, but this can be reduced to around five minutes if there is a concern that air movement from a lot of indoor activity could alter the results. The sampling time can be reduced further if there is an active source of dust, such as from ongoing construction.

Sampling should take place in livable spaces within the house under closed conditions in order to help stabilize the air and allow for reproducibility of the sampling and measurement. While the sample is being collected, windows and exterior doors should be kept shut other than for normal entry and exit from the home. It is best to have air exchangers (other than a furnace) or fans that exchange indoor-outdoor air switched off during sampling.

Difficulties and Practicality of Air Sampling

It is helpful to think of air sampling as just one tool in the tool belt when inspecting a house for mould problems. An air sample alone is not enough to confirm or refute the existence of a problem, and such testing needs to be accompanied by visual inspection and other methods of data collection, such as a surface sample. Indoor airborne spore levels can vary according to several factors, and this can lead to skewed results if care is not taken to set up the sampling correctly. Also, since only spores are collected with an air sample and may actually be damaged during collection, identification of the mould type can be more difficult than with a sample collected with tape or a cultured sample.

Air samples are good for use as a background screen to ensure that there isn’t a large source of mould not yet found somewhere in a home. This is because they can detect long chains of spores that are still intact. These chains normally break apart quickly as they travel through the air, so a sample that reveals intact chains can indicate that there is mould nearby, possibly undiscovered during other tests and visual examination.

In summary, when taken under controlled conditions and properly analyzed, air samples for mould are helpful in comparing relative particle levels between a problem and a control area. They can also be crucial for comparing particle levels and air quality in an area before and after mould remediation.