What is Toxic Mould?

Mould is a microorganism with a thousand different varieties, not all  are toxic mould. Million of mould  spores are suspended in the air and cover surfaces  all the time around us, even in our homes. Mould is not active unless they have three conditions to live. The mould spores themselves, moisture and a food source. A food source is any carbon-based product including wood, sheetrock(drywall), wood flooring, and food.  Mould is a common fungus that thrives in moist areas including bathrooms, basements, attics, and kitchens.

What Types Of Mould Are There?

The media refers to mould as “black slimy mould”, “toxic black mould”,  and “killer mould”. Currently, there are over 30 000 different types of mould species and many believe there is a lot more varieties. Some common types of dangerous moulds are:

Stachybotrys are the most dangerous and their symptoms are:

Stachys, as they are referred too for short, have been linked to hay fever, liver damage, pulmonary edema, and in the most severe cases, brain or nerve damage and even death. Infants and the elderly are particularly susceptible to Stachys and can become very ill  when they are exposed to Stachybotrys and in worse case even death.

Are not as dangerous as Stachybotrys but still have the potential to cause allergic reactions, hay fever, nail fungus, asthma, and also infections of the lungs, liver, and kidneys. Fusarium has been linked to gastrointestinal illnesses and even complications to the female reproductive system. Chronic cases of Cladosporium may produce pulmonary edema and emphysema.

Aspergillus is the least toxic of the mould groups and has over 160 subspecies of which only 16 effect humans and they can all be treated by a doctor. 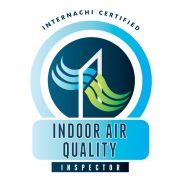 How Does Mould Grow?

Mould only requires two conditions to grow, a food source and moisture. Common areas for mould to grow are bathrooms, kitchens, basements, and attics. It is imperative that relative humidity levels in your home be kept below 50% to not allow mould to start to grow and flower. Also any leaks from taps, drains, cracks in basement walls, must be taken care of immediately as mould can cause health concerns in less than 48 hours once a moisture has penetrated your home. Lack of proper ventilation in attics is also a common  breeding ground for mould and can be particularly dangerous as mould can grow to very harmful levels without the homeowner knowing mould is there. Grow operations can destroy a home by the amount of moisture they produce leading to huge elevated mould spore counts inside the home.

What Is Hidden Mould?

Hidden mould like the term implies is mould that cannot be seen. Mould can grow inside walls, attics, cracks in basement walls and is not visible to the naked eye. Hidden mould is still dangerous and can cause health concerns for the whole family. A trained mould inspector knows the proper clues and procedure to find hidden mould. Once a hidden mould source is suspected, special equipment must be used to get a sample and confirm  with a 3rd party lab that it is indeed mould.

Most mould spores are not dangerous to humans but several varieties including Cladosporium, Penicillium, Fusarium, Aspergillus, and Stachybotrys are toxic. And must be treated to eliminate any health concerns to humans. Particularly infants and the elderly. Certified mould inspectors can determine if you have toxic mould and provide solutions to stop the mould from growing and creating health concerns.

My Promise to You

Choosing the right inspection service provider can be difficult. Unlike most professionals you hire, you probably won’t meet me until your inspection appointment–after you’ve hired. Furthermore, different inspectors have varying qualifications, equipment, experience, reporting methods, and pricing. One thing that’s certain is that a thorough inspection requires a lot of work. Ultimately, a quality inspection depends heavily on the individual inspector’s effort. I guarantee that I will give you my very best.